Halloween kind of hollow this year 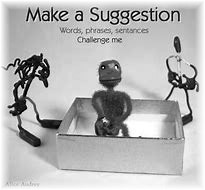 “It’s not about ideas. It about making ideas happen.” – Anon 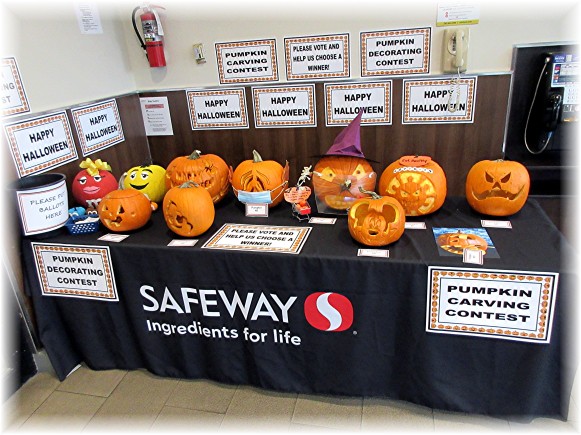 The suggestion box is used for collecting slips of paper with input from customers and patrons of a particular organization. It is also the vehicle by which the Trump Administration and all its COVID infected rabble will hit the trail and leave the White House in a more secure state of being.

This year Halloween will suck as much  as the other traditional and planned events people have always enjoyed due to the COVID 19 virus. But seriously many folks are not letting the bloody virus ruin their celebration of the upcoming Halloween event.

One Safeway outlet in north Edmonton decided to stage a pumpkin carving contest and last weekend began to carve their way into the hallowed aisles of Halloween history.

Today ( Monday October 26th ) this creative group placed their efforts for public display near the store’s main entrance asking customers passing by to vote on their favorite creation.

A number of departments in the store were involved in this cut up caper.

The votes will be collected and tabulated this coming Halloween.

One spokesman for the display stated that masks should be worn only on Halloween and not become a year long situation. But the COVID 19 virus has turned everything upside down.

A tip of the hat to these folks who are trying to make life a bit more involving and cheerful during this era of the deadly virus.

The display was meant to be a visual treat for the adult shoppers visiting the store.

One store manager told me that pumpkin sales and sales of candy treats are “way down” this year. It figures. Kids are not trick or treating so why have a pumpkin on your doorstep?

Which pumpkin creation would get your hearty endorsement?

Alan Meneer, my inside contact at this Safeway outlet wrote me the following message:

The pumpkins in the above photo were numbered from Left to right back then to front row.

MJ ( the winner) won both first and third place.

I think it was fixed…..rofl.