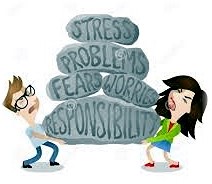 Has President Donald J. Trump given his hearty thumbs up and personal endorsement to the concept of mass suicide as a public display of one’s loyalty to him and the concept of personal freedom that many of his followers believe are guaranteed in the United States Constitution?

This weekend’s planned July Fourth celebrations at Mount Rushmore might be public testimony to the obvious fact that the president is more concerned with impressing his base with sleight of hand fireworks displays and ho hum speeches that he hopes will bolster his currently flaccid poll results.

Trump’s antics are very similar to those of Simon Magus from biblical times mentioned briefly in the New Testament who used  sorcery, and bewitched the people of Samaria, giving out that himself was some great one: to whom they all gave heed, from the least to the greatest, saying, “This man is the great power of God.”

Magus used his powers of illusion to impress the crowds while Trump displays his delusional self in his daily Twitter feeds to fuel his followers’ loyalty and undying support.

Trump’s never ending battle cry of “Make America Great Again” has now cynically become “Let’s Make America Sick Again”. His public loathing of medical advice and scientific evidence have convinced many of his disciples that following his example will protect them from being affected with the COVID 19 virus.

The event will not encourage observing public distancing or advocate wearing face masks even though masks will be made available for those requesting one. People flocking there will be encouraged to have a good time and enjoy your right to “party hearty”.

Meanwhile scientists have discovered that the virus is currently mutating and that transmission times might be lessening as the virus is bettering its infection rates.

Younger adults believe they are  immune to the disease because of their age. They forget that they can be asymptomatic and spread the infection to older, more susceptible family members.

I wonder what these brave souls would do if the medical profession suddenly declared that doctors and nurses and other help professionals would not treat those folks who willingly attended one of the diseases’ hot spots?

Then I guess Trump would take the matter a bit more seriously realizing that his support base have all succumbed to the virus due to his own stupidity.

The many months of social isolating and other preventative measures many of us have been following faithfully should not be discarded without examining all the facts and then making a personal decision for ourselves and not letting peer pressure sway us into making a hasty life threatening choice for ourselves and our families.